Welcome to the blog tour for Thanks a Lot, John Leclair by Johanna Parkhurst! Down below you can check out my review of the book, and also see an interview I had with Johanna.

Thanks a Lot, John LeClair by Johanna Parkhurst

Synopsis: A Companion to Here’s to You, Zeb Pike.

Sixteen-year-old Emmitt LaPoint has secretly been writing letters to his hockey idol, John LeClair, for years. So it’s probably only fitting that Emmitt’s small Vermont town seems desperate to make him the next LeClair. After all, Emmitt is about to lead his high school hockey team to the state championship, he has a near-perfect GPA, and he’s liked by almost everyone.

But even golden boys have problems, and Emmitt has more than his share. His father’s back in town to breathe down his neck. He’s happily dating his coach’s nephew, Dusty, but almost nobody knows he’s gay—and that secret is getting harder and harder to keep.

When Emmitt discovers Dusty is keeping secrets of his own, he’s forced to decide exactly what kind of golden boy he wants to be.

Update 25/7 2017: upon further reflection, I felt that there were a few issues I had with this book that needs to be addressed. In the book, a character outs another character which is really wrong. No one has any right to tell the world someone else is gay. There was also an incident where one character pressured another to come out because they were together, which is also not okay. These issues should not be ignored and that is why I felt the need to address them for anyone who is thinking about reading Thanks a Lot, John LeClair. I lowered my rating from four cake pieces to three.

Thanks a Lot, John LeClair is an amazing and adorable book that will move readers all around the world. The story is about Emmitt and Dusty, a young gay couple who are closeted to their high school and community, basically to everyone except their families. The reason is that Emmitt is a hockey player who wants to play in the NHL and there are not exactly a lot of hockey players out at the moment. No matter their struggles, the love between Emmitt and Dusty is strong, and one that will appeal to so many readers.

There is so much to love about this book, Emmitt is an amazing protagonist who deals with so much. How to be a hockey player, a big brother and a son to a father he has a complicated relationship with and a boyfriend. I love seeing how Emmitt deals with his life and the struggles he faces. The relationship between Emmitt and Dusty is so sweet, and they go through a lot, both ups and downs, just like any other high school couple. They are just two gay boys willing to do anything for each other.

Coach groans. “Emmitt, are you listening to yourself? You sound like some lovesick teenager!” He pauses. “Jeez, you are, aren’t you?” “Am not,” I mumble. I don’t like the sound of that.

There are so many amazing things that could be said about this book, but in the end, I’d just tell you that you really have to read it. Thanks a Lot, John LeClair is the best feel-good book out there. It’s a happy book about two gay boys dealing with high school drama, the reality of the hockey community and its relationship to the LGBT community. This book will be so important for gay teens who think and believe that they don’t belong in the sports community. This book will show them that they can achieve anything, all their dreams, and find love at that too.

If you’re a fan of Simon vs. the Homo Sapiens Agenda by Becky Albertalli then I really think you’ll love this book. It’s the same HAPPY lovely feeling only more focused on sports. If you want a cute book to lift your spirits, one that deals with important and relatable topics, then this book is for you. You won’t regret a second of it. 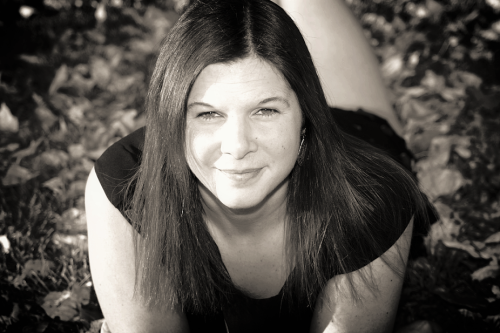 It sort of happened by accident. I wrote Here’s to You, Zeb Pike, and in the first drafts I created a very minor character named Emmitt LaPoint. As the book grew and changed, Emmitt became more and more important to the plot, and eventually it became clear he had a story of his own which needed to be told.

Emmitt’s story feels very unfinished at the end of Here’s to You, Zeb Pike. Does Emmitt ever come out? If so, does he keep playing hockey? None of those questions get answered in HTYZP, and that’s largely because I always knew those questions had to be answered from Emmitt’s point of view and in his words. Since HTYZP is told from Dusty’s perspective, I was sort of forced by my characters into writing Emmitt his own book. Not that I complained. Emmitt has always been one of my favorite characters to write, and Thanks a Lot, John LeClair is a book that’s incredibly close to my heart.

The struggles Emmitt faces in this book are huge.  No current or retired NHL player has ever come out, and that fact weighs heavily on Emmitt as he tries to figure out if the hockey world can accept him for who he is. I’m not going to lie: in the back of my head, I always thought a NHL player would come out by the time this book was finally released. It’s been years since I first started outlining this novel. The entire time I was writing and signing contracts and doing edits I always half-assumed by the time the story saw print it would be less relevant. But here we are, nearly at the book’s release, and we’re still waiting.

I hope we’re not waiting much longer. I hope everyone who reads this book checks out the You Can Play project, an amazing organization that supports LGBTQ athletes. They’re doing impressive and very important work.

In Here’s to You, Zeb Pike, every chapter opens with a flashback to an earlier time period in Dusty’s life. I wanted to do something similar for this book, but I wanted Emmitt’s “flashbacks” to be unique to his character. One of my favorite things about Emmitt is his endearing nerdiness. The idea that he would obsessively write letters to his lifelong hero and never send any of them seemed just endearingly nerdy enough to fit his personality.

There are lots of things, but I think the most important ones circle around acceptance and trust.  I also hope this book gets readers thinking about what success really looks like and how we define what success means to us as individuals.

I’m biased, but if you like these characters, I’d say you should definitely read Here’s to You, Zeb Pike. It’s the companion to this novel, and it tells the story of how Dusty first came to Vermont and met Emmitt. If you like stories about LGBTQ hockey players trying to navigate life, definitely check out Mia Sigert’s Jerkbait. I’ve just started reading it, and I’m so impressed. Siegert’s writing is brilliant and her character creation is haunting.

Also: if you are 18+ and like webcomics, go investigate the series Check Please! It’s got college hockey players, LGBTQ characters, pie, and some truly excellent hockey humor. You won’t be sorry.

Thank you so much, Johanna, for answering my questions, it was lovely seeing your answers. Now readers, are you excited for this book? You just have to read it. It’s a perfect read for your holiday break.

Today's my birthday so I'm celebrating with relaxing time and lots of other amazing things. I also got the cutest Hermione funko pop, which I'll show you later this week ❤️
This book, Amour Amour by Krista & Becca Ritchie, is one of my all time favorites. It's about family, love and fighting for your dreams. It's a really inspirational read. The second book, Infini, is coming out early 2017 and I'm really excited about it. Krista and Becca never fail to surprise me and make me fall in love with their characters! ✨
Under The Lights by Dahlia Adler is one of my most anticipated reads ever. I mean I love Hollywood and movies, so of course it is. Right now I'm pretty busy with school though, but soon I shall read lots and lots again!
The End of Everything is a book I got on a whim while I was in Amsterdam this summer with my friend Amy. I'm not sure what it's about really, the synopsis is very mysterious, but I'm excited to find out. Do you guys have huge TBR piles? I feel like mine never ends!
What book are you currently reading? I'm about to start Thanks a Lot, John LeClair and I can't wait. It's the cutest. You guys should add it to your TBR, it comes out in December.
Back to top
%d bloggers like this: